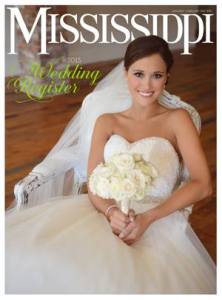 When Chris Rakestraw left the University of Mississippi with a bachelor’s degree in finance in hand, he never intended to become a designer. In fact, the seed wasn’t planted until a few years later when Rakestraw purchased his first “fixer upper.” Less than a year later, he sold the house for a profit and began the search for another house he could redesign.  By then, he knew he had found his true calling. Shortly after, he left his job as a credit officer at a local bank and enrolled in design school at Mississippi State, where he received a bachelor’s in design in 2010.

One of Rakestraw’s latest endeavors has been the renovation of three, one bedroom shotgun houses in the heart of downtown Tupelo on North Green Street.

“I passed these little houses all the time while out running errands. They had been vacant for years and I just kept watching them decay. I remember after a really bad storm one of the front porches fell off,” he recalls. “Something about these houses spoke to me.”

In 2012, Rakestraw was just completing one of his biggest projects to date when he learned the price of the three cottages had been reduced by half. After giving it a lot of thought, he called his real estate agent and was able to secure a deal for the properties within 2 hours.

The homes – each ranging from 700-750 square feet – were constructed in 1936. While unsure of their exact origins, Rakestraw believes they were built to house displaced families after a devastating tornado hit the area. He admits the 76 year-old-houses were the oldest he had ever worked on. No surprise, they came with their fair share of problems.

“Sometimes when you purchase a house, you assume a certain level of risk,” says Rakestraw, who purchases 75-80% of his homes at auction. “You have to do your due diligence. The houses had a lot of issues, things we take for granted. Every inch of these houses had to be redone.”

For instance, none of the dwellings had central heat and air. The plumbing, electrical, roof, and foundations had to be completely overhauled. When it came to designing the interior, Rakestraw tried play off the uniqueness of each unit.

Says Rakestraw, “Each house had a different personality. It tried to keep things simple to appeal to a wider variety of tenants.”

Because the houses were in such terrible shape, much of the original details had either been scrapped or were not salvageable. However, in the unit known as the Tupelo House, Rakestraw discovered original heart-of-pine floors and ceilings. He chose to compliment the wood with neutral light grey walls accented with darker grey trim and moulding. He also removed an out-of-place coat closet in the living room and replaced it with a built-in desk. All of the doors in the cottage had to be replaced since none met today’s codes. However, instead of tossing the original doors, Rakestraw refurbished them into a mantle for the fireplace.

The original layout of each house was somewhat awkward by today’s standards, so Rakestraw decided to redesign the floor plans to improve the flow. This included swapping the kitchen and the bedroom. Typical shotgun-style plans include rooms stacked one behind the other – living room, bedroom, and kitchen in the back. Rakestraw didn’t feel like tenants would want to walk through their bedroom to get to the kitchen. Since the house had to be completely rewired anyway, crews were able to complete the transformation in just a few days. The kitchen was updated with marble countertops, new stainless steel appliances, and a moveable island topped with butcher block.

In order to maximize space, Rakestraw chose sliding barn doors to transition from the kitchen to the bedroom. A queen sized platform bed gives tenants extra storage underneath. The bed’s high headboard is adorned with the numbers 1936, a nod to the year the cottage was constructed. Rakestraw also incorporated a proper bathroom with a walk-in closet and washer and dryer into the redesign, eliminating the lean-to addition that served as the home’s only bathroom previously.

Outside, a few architectural details were added to give the cottages the curb appeal they needed. New front porches were constructed, beautiful arbors were added, and each cottage received new siding and a fresh coat of vibrant paint. Lush landscaping, including a courtyard with seating tucked away between two of the cottages, adds the finishing touch. Since completion in early 2013, Rakestraw has had 100% occupancy.

“I really wanted to design a high caliber home with these units. The style is a little eclectic, transitional, with influences of modern,” Rakestraw adds. “I am absolutely pleased with how these turned out. I have always loved these cottages and the turned out wonderfully.”