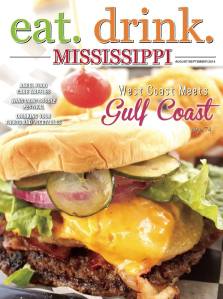 A leisurely drive along the Natchez Trace never fails to provide some of the most scenic views of Mississippi. It’s best to travel along this historic route when you’re not in a hurry and have no real place to go so you can stop and take in a few of the historic markers along the way. Just 20 miles up the trace from Kosciusko lies French Camp, a tiny little town in Choctaw County with a whole lot of history.

French Camp was founded in 1810 as a trading post by Frenchman Louis LeFleur, who is also credited with founding the settlement that would later become Jackson. Today, French Camp is more widely known among Mississippians as the home of French Camp Academy, a Christian boarding school established in 1885. Situated on the school’s 900 acres is the French Camp Historic Village, which not only provides a glimpse into early American life, but hungry local foodies will find several unique treats at the town’s bakery, gift shop, and Council House Café.

If your travels along the Trace should find you in the vicinity of French Camp in the fall, make sure you pay them a visit during Sorghum Saturdays. Every Saturday in October, sorghum syrup is made the old fashioned way, by pressing the sugar via a horse drawn mill right in front of the gift shop and then boiling the sugar over an open fire pit to make sorghum syrup.

The homemade sorghum syrup has become a staple ingredient for many of the loaves produced in the FCA bakery. Bread baking has been a French Camp tradition for more than 50 years. Loaves of homemade bread, originally baked with the help of students, were used as “thank you” gifts to supporters. Today, the operation is housed in its own commercial kitchen and “turns out” over 17,000 loaves of bread a year.

Like many of FCA’s employees, head baker Kevin O’Brien has a special connection to the ministry and the school. Not only did his family actively support the school while O’Brien was growing up, but he also worked as an intern for six months before being deployed with the U.S. Navy. During that time, O’Brien hoped he would be able to return to French Camp one day to work. After operating a submarine for the Navy for 24 years, O’Brien and his wife returned to French Camp to be dorm parents. Three years ago, he was approached about taking over the bread baking operation after long-time baker, Ms. Annie, retired after 17 years at the helm.

“I grew up in the kitchen helping my mom,” O’Brien says. “Cooking wasn’t foreign to me, but I had never baked and certainly never commercially.”

Under Ms. Annie’s guidance, O’Brien learned the ropes of bread baking. At the time, French Camp was only producing white bread. As O’Brien became a more confident baker, he began experimenting with other recipes. His first attempt at branching out began with the Sorghum Wheat, which uses sorghum as the sweetening agent instead of sugar. O’Brien admits the first few loaves were more like “bricks,” but after much research and a little more trial and error, he finally developed the recipe produced today.  Since then, the product line has grown to include a variety of sourdough breads, sauces, and giant homemade cookies. His sorghum cookies, named after his grandmother Sadie, are baked using her very own recipe. Often students will volunteer to help out in the kitchen and he admits that many of the younger students refer to him as “The Cookie Man.”

Much of the bread produced by the bakery is still shipped out all over the country as gifts, with the profits fund FCA and its ministries.

“I pray over every single loaf before it ships out,” O’Brien adds. “The people who buy these loaves are supporting this ministry and it’s still our way of saying ‘thanks.’”

Located just a short walk from the bakery is The Council House Café, which serves all of its sandwiches on O’Brien’s homemade bread. The café is housed a nearly 200-year old log cabin that originally served as the meeting house for Greenwood LeFlore, son of Louis and the last chief of the Choctaw Indian Nation east of the Mississippi.

The Council House Café provides the perfect respite for hungry travelers. However, it also provides training opportunities for the students in addition to providing scholarships for the academy. The menu consists of a variety of sandwiches, served on homemade white or sorghum wheat bread, homemade soups, fresh salads, seasonal specials. No meal would be complete without a helping of Mississippi Mud Cake or bread pudding for dessert. On the second Friday of every month, the Council House Café also hosts Steak Night. Guests can enjoy a 12 oz. choice ribeye, salad, and a baked potato.

Café manager Sunny McMillan took over the café three years ago after retiring from a long career with Piccadilly Cafeterias. McMillan knew retirement wouldn’t mean he would quit working for good. When an opportunity became available to manage the café, he jumped at the chance.

“This job doesn’t have the same kind of pressure that I was used to,” McMillan explains. “I love being around the people, both the employees and the guests,”

For newcomers, McMillan recommends the “Big Willie” BLT. It’s a BLT like no other, made with a whopping ten pieces of crispy bacon, lettuce, tomato, and topped with Council House spicy garlic mayonnaise.

“It’s not just about serving food, but also being a part of the Christian-centered ministry we have here.” McMillan adds. “We’re shining a light on the culture.”

For more information on the French Camp and the Historic Village, visit their website at http://www.frenchcamp.org.