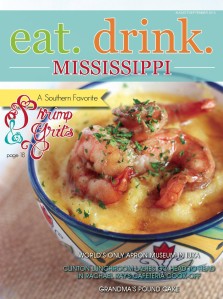 Like a lot of new brides just starting out in life, Nikki Gladd – author of the blog Seeded at the Table – began learning to cook out of necessity. Her husband Ben was in graduate school working towards a Ph.D. in New Testament and money was tight. Nikki began cooking budget-friendly meals as a way to avoid having to eat out and save money.

Soon after, other newlywed friends and family members began asking Nikki for her recipes. A native of Michigan, Nikki and her husband have also lived in the suburbs of Chicago and in Southern California. Because friends and family were spread out all over the country, Nikki launched her first blog – Pennies on a Platter – in 2007 as a way to share recipes that she tried and recommended.

In 2012, Ben, Nikki, and their young son Judah left Southern California and moved to Mississippi where Ben began a teaching job at Reformed Theological Seminary in Jackson. It was during this time that Nikki began formulating an idea to rebrand her blog so that she could share more about her faith, family adventures, travel experiences, and product reviews. Seeded at the Table launched in early 2013.

“The phrase ‘Seated at the Table’ is one that means much more to me when it comes to my relationship with Jesus Christ, and changing the ‘Seated’ to ‘Seeded’ added a nurturing/growing notion to it,” Nikki explains. “My desire is to encourage families and friends to find joy and community by being nurtured at the table – sometimes an actual physical table, sometimes a symbolic table.”

Nikki admits that living all over the country has developed an appreciation for regional foods and cooking styles. She enjoys Midwestern favorites like hot dogs, brats, and Chicago-style pizza. While in California, she grew to love multi-cultural foods such as fish tacos and fresh salads. Since moving to Mississippi, she has jumped right into Southern cooking, honing her techniques for making cheese grits, biscuits and gravy, fried chicken, and beignets.

Since her rebrand, Nikki’s readers have responded positively to the change. She never imagined that when she launched her first blog over six years ago that her life would change in so many ways. Nikki has been able to turn her hobby as a food blogger into a career, allowing her earn an income while being a stay-at-home mom Judah and newborn son Simon, who arrived in May. The highlight of her career came in February when she was granted to opportunity to interview First Lady Michelle Obama one-on-one during Obama’s visit to Clinton as part of the Let’s Move! campaign to prevent childhood obesity.

When asked to describe her experience interviewing the First Lady, Nikki reveals, “In one word: ‘unreal.’ She was the sweetest lady and made me feel like number one. She’s a super intelligent woman, but also very down to earth.”

Because Nikki and her family recently bought a house in Madison, she plans to add DIY home improvement and decorating projects to her lineup in addition to travel and family posts and of course, more recipes. One of her favorite recipes on the blog is White Cheese Dip.

“This recipe is a match of the queso dip we all crave at our favorite Mexican restaurants,” she says. “Using just a few ingredients and the microwave, it can be served in anyone’s home in just minutes!”

Directions:
Toss all ingredients into a large microwave-safe bowl. Microwave on high for 5 minutes, stopping to stir after every minute. The mixture might seem watery during the first few stirs, but should come together as a nice runny dip after all the cheese is melted.
Serve immediately as a dip with tortilla chips or as a sauce over your favorite Mexican dish.

*Recipe Note: White American cheese is found at most deli counters in your local grocery store.

*Reheat Instructions: Store any leftover cheese dip in the fridge. Reheat in the microwave, stirring every 30 seconds until creamy and hot.