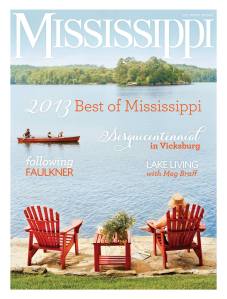 The city of Laurel, like many towns nestled among the towering trees of Mississippi’s Pine Belt, can trace its roots back to the timber industry.  Founded in 1882, Laurel was officially put on the map after the Eastman, Gardiner & Company, of Lyons, Iowa, purchased approximately 26,000 acres of timber land and established a large sawmill near what would become downtown Laurel.  The tiny town flourished and the Eastman and Gardiner families invested heavily in the town’s infrastructure, building roads, houses for the mill workers, and establishing state-of-the art schools.

In 1921, twenty-three-year-old Lauren Eastman Rogers, recent college graduate and future heir to the Eastman-Gardiner empire, returned home to Laurel assume the reigns from his grandfather and marry the love of his life.  However, before the young man would have the opportunity to realize his potential, he passed away as a result of complications from appendicitis.  The entire town went into mourning, but the founding families were determined to leave a legacy in honor of the bright and talented young man.  Two years later, the Lauren Rogers Museum of Art opened its doors.

Today the museum, housed in a beautifully constructed Georgian Greek Revival building in the center of Laurel’s historic district, has the distinction of being Mississippi’s oldest art museum.  It houses five permanent exhibits showcasing a wide variety of artistic mediums, including one of the finest collections of 19th and 20th century European and American art in the South.  Many of these works were donated by the Eastman and Rogers families during the early years of the museum.  The collection has grown considerably and now includes important additions in the areas of figurative sculpture, African American artists, and Mississippi artists.

The permanent exhibit also includes an extensive collection of Native American baskets.  Catherine Marshall Gardiner, great aunt to Lauren Rogers, became a prolific collector of baskets shortly after moving to Laurel.  Marshall had amassed nearly 500 pieces when she donated her collection to the museum.  Other art exhibits include a collection of 150 Japanese ukiyo-e woodblock prints in addition to an extensive display of British Georgian Silver produced by some of best-known silversmiths between 1714 and 1830.

“People are usually so surprised to find a museum of this caliber with a nationally-recognized art collection in a small town,” said George Bassi, director of the museum.  “Our collections are so varied.  You aren’t going to come here and see just one type of art form.”

Throughout the year, the museum board makes an effort to bring in traveling exhibits that will appeal not only to varying interests and age groups, but provide visitors the opportunity to be exposed to something they possibly have never seen before.  In the past, the museum has brought in exhibits on pop culture, space exploration, Rembrandt, and photographs by Linda McCartney.  Current exhibits include a showing of ceramics by world famous artist Pablo Picasso and a collection of fine art prints on rock & roll.

“Between our excellent permanent collection and our traveling exhibits, we really do have something to suit everyone’s taste,” said Holly Green, the museum’s director of marketing.

In May, the museum commemorated its 90th anniversary with the completion of a 5,400-square-foot expansion.  Mike Foil of Foil Wyatt Architects & Planners, PLLC, in Jackson designed the space.  A native of Laurel, Foil made numerous visits to the museum growing up.  His connection to the area – in addition to his experience in designing the first museum expansion back in 1983 – made him the perfect candidate to head up this important project.

Rather than creating something to match the current museum façade, Foil instead opted to go with a completely modern look and feel.

The outside wall gently curves towards the original structure where it is met by an expanse of glass that connects the new wing to the old one.  The entire structure is wrapped in gleaming copper panels that will become an art form in and of themselves as their patina changes due to exposure from outside elements.  Inside, the addition houses three new galleries, a new climate controlled storage vault for housing the museum’s nationally recognized exhibits, and an expanded loading dock.

Visitors enter into the new galleries via a central staircase laid in black marble.  Known as the Stairwell Gallery, the space is used to display the museum’s collection of contemporary art, including its most recent purchase – an Aventurine Green Chandelier with Copper Leaf designed by Seattle artist Dale Chihuly.  Chihuly, who is considered by many to be the leading authority in the art of hand-blown glass art, founded of the Pilchuck Glass School in Stanwood, WA, the world’s most comprehensive center for glass art education.

Chihuly’s work also has a previous connection to the museum.  A collection of his glass baskets was shown in 2001.  The chandelier was purchased from an art gallery in New Orleans and currently hangs directly over the central staircase.

“We wanted to purchase a signature piece of art to commemorate the 90th anniversary,” explained Green.  “We were drawn to the fact that the piece is by a living artist who is world-renowned and whose work been shown here before.”

Now that the new addition is complete, plans are underway to bring in bigger and better exhibits and expand into more visual and performing arts programs.

“Our museum is critical to the state from an educational standpoint,” adds Bassi.  He points out that in the 90 years the museum has been in operation, it has never charged an admission.  “The families wanted to make sure that everyone would have access to the arts.”

Green agrees, “This museum is special to both the state and the South.  Education is first and foremost.   Most people think you have to go to New York to see artwork of this caliber.  However, we have a standard of excellence that we always strive to achieve.”