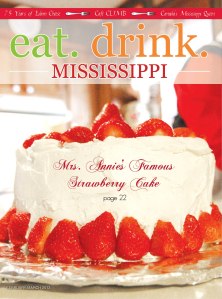 Susan Voisin is no stranger to the food blog world.  In 2006, she launched her blog – FatFree Vegan Kitchen – as a supplement to her already popular website, FatFree Vegan Recipes.  Her website contains over 1400 member-contributed vegan recipes.  However, Susan was looking for a place where she could share her own ideas.  At the time, food blogs were just beginning to pick up steam and there were very few that focused on vegan eating.  Susan quickly attracted a loyal following and today her blog garners more traffic than the original website.

Always an animal lover, the Hammond, La., native experimented with vegetarianism throughout her college years.  After reading the book, Diet for a New America, which examines the inhumane conditions that many animals that are bred for human consumption live in, Susan finally decided to adopt a vegetarian lifestyle permanently.  After six years as a vegetarian, she made the transition to totally vegan.

“Vegetarians don’t eat the flesh of animals–cows, pigs, birds, or sea creatures. Vegans go further and eliminate not just meat but also anything that was produced by animals, so we don’t eat eggs or dairy products, such as milk and cheese,” Susan explains.  “And we avoid using animal products as much as we can in our daily lives, so we don’t wear leather, wool, silk, or fur and we avoid household products that contain animal ingredients or are tested on animals.”

FatFree Vegan Kitchen focuses on preparing whole foods that are low in both fat and sugar.  It also teaches people how to make delicious meals using simple, natural ingredients, rather than packaged and processed foods.  In addition to recipes, Susan also provides readers a glimpse into the kitchen of her Jackson home that she shares with her husband David and daughter Elena.

Seven years later, FatFree Vegan Kitchen has won several awards, including “Best Food Blog” from the preeminent vegan magazine, VegNews, in addition to being mentioned in the Vegetarian Times, a magazine that has been at the forefront of the healthy living movement for more than 30 years.  The success of her blog has also opened up job opportunities that Susan never expected, such as doing food photography for cookbooks and advertisements.   She has been approached about writing a cookbook, something that she is considering for the future.  However, for now she will continue to improve the recipes and photos featured on her blog so that her readers keep coming back.

For anyone considering adopting a vegan lifestyle, Susan offers this advice, “Find some cookbooks or blogs you like and start cooking. You don’t have to go vegan all at once.  You can start out by finding a few vegan recipes you like and incorporating them into your diet.”

She adds, “Going vegan all at once can be overwhelming so for most people, I recommend easing into it, learning how to replace animal products with vegan ingredients as you go. You will be amazed at how easy it is to replace ingredients that you previously thought were essential, such as eggs in cakes. And you’ll be impressed with how delicious vegan dishes can be.”