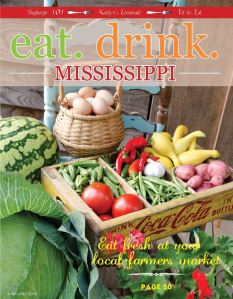 Beatty Street Grocery has been known by long-time Jackson natives as place for burgers and fries.  The unimposing white building on the corner of Beatty and South West Streets has been in the same location since West Street dead-ended at East Rankin Street and the city limits of Jackson only extended as far as Highway 80.  It’s a time most Jacksonians don’t remember.  But where modern burger joints, restaurants, and large commercial franchises move in and then fizzle out, Beatty Street Grocery – like an old friend – has seen the city of Jackson through good times and bad.

Beatty Street Grocery didn’t begin as a restaurant.  When Carolyn Massey’s father bought the establishment in 1940, the surrounding area was lined with family homes and every neighborhood had its own corner grocery store.  Where long wooden dining tables and bar stools now stand used to sit store aisles selling canned goods and produce.  Patrons purchased their meat where diners now place drink orders.  The original deed – handwritten on a piece of tablet paper – hangs prominently in a display case near the back entrance.  Massey’s father paid $250.

“Back then you didn’t have a lawyer draw up the paperwork,” Massey recalls.  “All you needed was a signature and a gentleman’s handshake.”

For a short time, Massey’s mother ran the store while her father continued his job as a bread deliveryman.  However, the stress of running a store and caring for a toddler (Massey was only a year old at the time), proved to be too much.  Massey’s father eventually gave up his delivery job and took over running the store full-time.  In 1947, the store was enlarged to include its modern day location.

The grocery store began selling sandwiches almost immediately.  Several local industries were within walking distance; however many of the employees had nowhere to eat for lunch.  Seeing a need, the store began offering homemade sandwiches wrapped in butcher paper for 10 cents apiece. 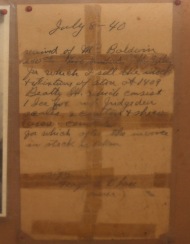 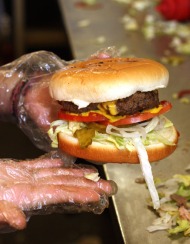 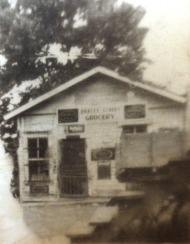 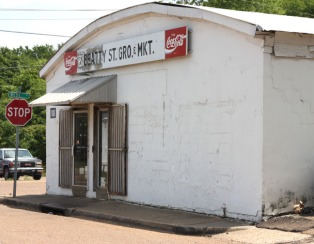 Hamburgers wouldn’t make an appearance for another 17 years.  By then Massey was a new bride still helping out at her father’s store.  Not surprisingly, Massey’s mother had grown tired of sandwiches and Massey thought she had just the solution – a brand new electric skillet she and her husband Malcolm had received as a wedding gift.  Massey brought the skillet to work and began frying up hamburger patties when a customer asked if he could buy one.  By 1960, Beatty Street was selling more hamburgers than another up-and-coming restaurant franchise that had just moved into the area – McDonald’s.

The arrival of the first supermarket in Jackson marked the beginning of the end for the local mom-and-pop neighborhood grocery stores.  While many stores began shutting their doors for good, Beatty Street had its restaurant to fall back on.  It still maintains a convenience store, selling sodas, chips, and gigantic jars of dill pickles, but the former grocery store is now known more for their $5 combo meal –which includes an 8 oz. Beatty burger still wrapped in butcher paper, an order of fries, and a 32 oz. drink.  The menu has grown exponentially since they sold their first hamburger to include other popular items such as poboys and salads.  It is currently one of the few places in Jackson where you can still order a fried bologna sandwich.

Over the last 70 years, the neighborhood surrounding Beatty Street Grocery has changed.  The little white brick building has watched as families moved out and businesses moved in.  While many locals who grew up eating Beatty burgers still stop in for lunch, the little mom-and-pop eatery pretty much fell off the radar for much of the younger generation.  That is, until recently. 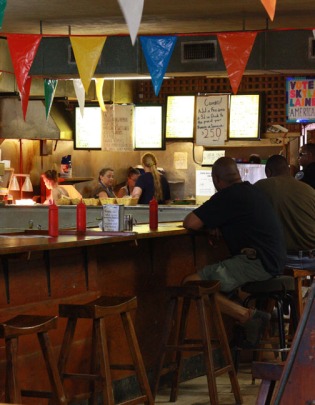 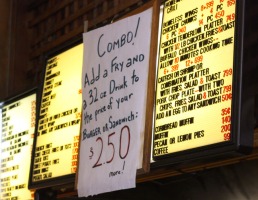 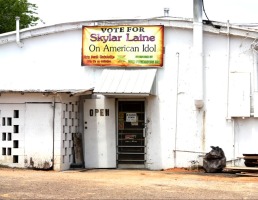 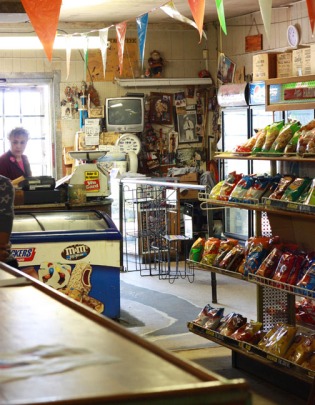 Earlier this year, Beatty Street Grocery became associated with something quiet unlikely – the popular Fox television show American Idol.  The Massey’s eighteen-year-old granddaughter, Skylar, auditioned for the show in Houston, Texas, during Season 11’s national talent search.  She is the second contestant from Mississippi to appear on the show and the first to make it all the way to the top five.  Suddenly the Massey’s family restaurant has been cast into the limelight as Skylar fans – known as Skoutlaws – have taken an interest in the restaurant where Skylar and older sister Blair both worked after school and mom Mary Harden is the manager.

Beatty Street has taken their new found fame in stride.  There are a few handmade posters of Skylar taped to the walls and the restaurant has seen their share of newcomers.  But other than that, it’s business as usual.  Blue collar workers still bump elbows with men in shirts and ties as they enjoy their sandwiches and fries.  The girls behind the lunch counter still hustle to keep up with the lunch crowd.    Mrs. Massey still sits quietly at the cash register, handing back change and taking the time to talk to a regular.  Occasionally someone will comment about her granddaughter’s success on American Idol.  Massey nods her head and points out that she’s just as proud of her other granddaughter Blair, who is at the top of her class in law school at Ole Miss.

“Every once in a while someone will come in and say, ‘I never knew you were here!’” adds Massey.  “I just have to laugh.  We’ve been right here for over 70 years.”