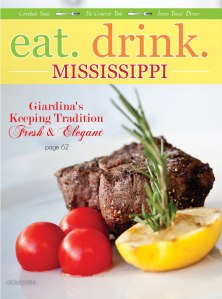 eat.drink.MISSISSIPPI
April /May 2013
Article and photos

There are a few ways to tell when someone is not from Mississippi. If they don’t speak with a drawl, if they are in too much of a hurry, or when presented with a Mason jar of comeback sauce, they look at
you and ask, “What is it?” That last one is a dead giveaway.

Very few condiments are as versatile as comeback sauce. Mississippi-native, chef and food writer Robert St. John refers to the spicy sauce with an orange-pink hue as “ . . .the Queen Mother of all Mississippi condiments.” A combination of Thousand Island dressing and remoulade sauce, comeback sauce was named because it’s so good that you’ll “come back” for more. It’s more than just a way to dress up a bowl of salad greens – comeback sauce is slathered over po’ boy sandwiches, used as a dip for French fries, or spread over saltines for an afternoon snack.

Other Southern towns may try to lay their claim as being “The home of . . .” But the city of Jackson is the only town that can lay claim to the origins of comeback sauce. The exact details of how it got its start are a little sketchy, but most local food historians agree that comeback sauce originated in the 1920’s or 1930’s at The Rotisserie, Jackson’s first Greek restaurant. It began as the restaurant’s house salad dressing and quickly spread to other restaurants across the state. 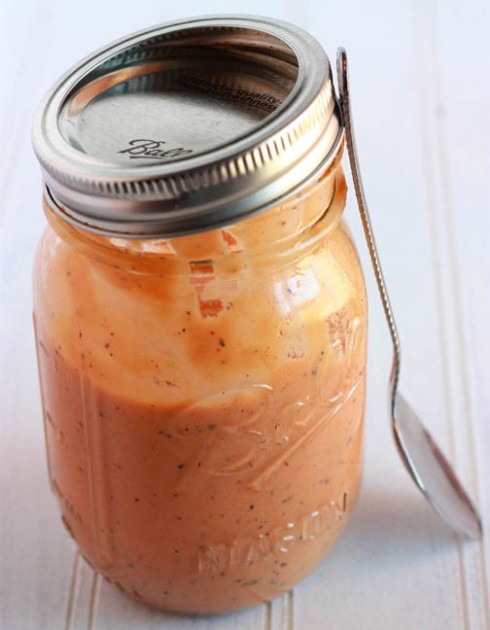 Comeback sauce in a jar 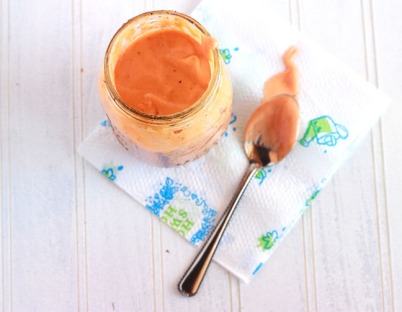 Comeback sauce with a spoon 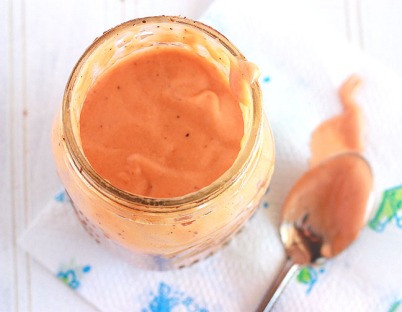 Today local Jackson eateries such as the Mayflower, the Elite, the Cherokee, Crechale’s, Primos, C. S.’s, Hal & Mal’s, and Walker’s Drive-In all serve their own version. Across the state, you’ll find comeback sauce served in Robert St. John’s restaurants in Hattiesburg, Ajax Diner in Oxford, or Giardina’s in Greenwood. But truthfully, if you walk into just about any mom-and-pop establishment in Mississippi, chances are they’ll have their own version.

Several local food purveyors – such as Bullshed out of Pelahatchie, MS; Oxford Falls in Starkville; and
Thames Food in Oxford – now sell their own commercially bottled blend of comeback sauce. That’s
great news for homesick natives living elsewhere or non-natives who are curious as to what all the fuss
is about.

If you really want to make homemade, you can bet just about every family has their own version. The
basic ingredients are always the same, but some recipes include a dash of this or that to suit different
tastes. You may have a little trouble getting some people to share what makes their comeback sauce so
special. Many recipes have been passed down over the years and are considered a well-guarded family
secret. However, we were able to snag a copy of what the original Rotisserie restaurant served so many
years ago.

Measure out all ingredients in a large mixing bowl. Whisk until everything is well-combined.

Store in an airtight container. Refrigerate any unused dressing.